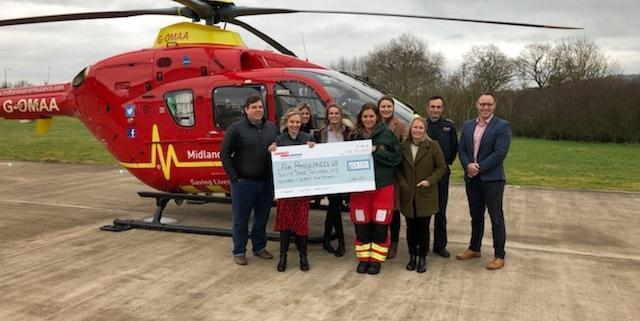 A partnership between Unipart Logistics and Air Ambulances UK has raised over £23,000 to help the nation’s 21 air ambulance charities save even more lives.

The partnership came about as a result of a lifesaving mission to Unipart Logistics Chief Commercial Officer, Claire Walters, who was critically injured in a cycling accident in Cornwall in May. Claire was in collision with a car leaving her unconscious and critically injured with a collapsed lung, broken ribs, collarbone and vertebra, a dislocated knee and facial injuries.

Cornwall Air Ambulance Trust, one of the UK’s 21 air ambulance charities, flew to the scene and within minutes rapidly delivered lifesaving equipment and its specialist Critical Care Team to treat Claire at the roadside before airlifting her to hospital where she spent a few days in intensive care.

“Seven months ago, I had little appreciation of the critical work that our nation’s 21 air ambulance charities carry out, collectively making 70 lifesaving missions every day.  Of course, I am now very aware of the critical service they provide, and it’s no exaggeration to say that without the immediate intervention and medical care provided by Cornwall Air Ambulance my story could have been very different.” Claire Walters

The £23,000 (and counting) was raised through Unipart Logistics’ annual charity challenge event, which this year was the Thames 100. A team of nine employees, including Claire, tackled the four-day, 100-mile walk from the source of the River Thames in Gloucestershire to the Thames Barrier in London during a wet and rainy week in London.

As a result of recent weather conditions, the Unipart team faced lots of challenges with many diversions away from their planned route along the Thames Tow Path to avoid serious flooding, leading them to rename their challenge the ‘DeTour de Thames’!

“At the time we organised the challenge, the prospect of walking unaided seemed an ambitious target, yet alone being able to walk 100 miles in four days, having only been walking without crutches for six weeks when we set off.  However, on Saturday evening, inspired by the support and company of friends, colleagues, customers and suppliers, I completed the Thames 100 walk.  I couldn’t have done so without the team who completed it with me – a team that inspired, motivated and encouraged each other to keep going through the flooding and obstacles we faced along the way. I’m extremely proud that together we turned an unlikely ambition into a hugely successful challenge that has raised money to help save lives.

“The reality is that with the money we have raised together as a business, we’ve funded around 10 lifesaving missions – that’s 10 people who stand a greater chance of making it home to their loved ones as a result of our fundraising efforts.

“I will be forever indebted to the lifesaving work of air ambulance charities.” Claire Walters. 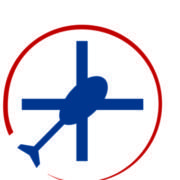 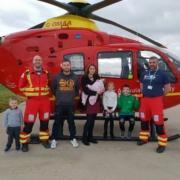 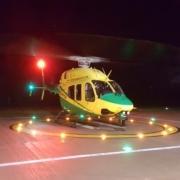 DONATION LIGHTS UP EMERGENCY HELIPADS ACROSS LINCOLNSHIRE AND NOTTINGHAMSHI...