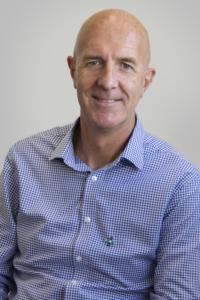 Air Ambulance Kent Surrey Sussex (KSS) has won Charity Times’ Charity of the Year Award (income over £10 million) – a prestigious award open to national and regional charities and not-for-profit organisations from across the UK that have consistently delivered an outstanding service to their beneficiaries, been clear in their goals and strategy, and demonstrated excellence all round, especially in the past year.

The Charity of the Year Award recognises KSS’s significant achievements over the last year – in particular, becoming the first Air Ambulance service in the UK to receive an outstanding CQC rating across all five areas of inspection: safe, effective, caring, responsive and well-led; and maintaining its pre-hospital life-saving emergency medical service 24/7 throughout the Coronavirus pandemic, whilst supporting its NHS partners with the transfer of critically ill Coronavirus patients across its regions, as and when required.

According to Charity Times, “The awards attracted hundreds of high quality entries, which were then evaluated by an expert independent judging panel. KSS was praised for continuing to deliver critical life-saving services despite the pandemic, and for proactively looking across the world to help preparedness. Judges said it excelled across all its delivery areas.”

David Welch, CEO, KSS said, “What an amazing achievement in our 30th year to have been named Charity of the Year for an award organised by Charity Times, the charity industry’s leading publication. Every member of the KSS team has played a significant role in our success and I am immensely proud of this accolade.”

Helen Bowcock, Chair of the Board of Trustees adds, “This award acknowledges the dedication and commitment of our amazing crews who have continued to deliver their life-saving service, without interruption, throughout the Covid crisis. It is a great credit too to all KSS staff and volunteers under David Welch’s leadership and, as Chair, I would like to congratulate everyone and to give sincere thanks to the Charity Times judges for giving us this significant honour.”

Charity Times Awards promote best practice in the UK’s charity and not-for-profit sector, contribute towards raising the standards of charity management and provide recognition for those who are providing effective support to the sector. A list of finalists is available here.

Operating out of Redhill Aerodrome and headquartered in Rochester, KSS provides world-leading pre-hospital emergency care and plays an important role in supporting the NHS and wider health services. Its crews of pilots, doctors and paramedics fly over 2,500 missions a year.

KSS, now in its 30th year, operates 24/7 and has a strong track record in driving the sector forwards in terms of medical and technological innovation. It was the first (and is currently the only) 24/7 Helicopter Emergency Medical Service in the country.

In April 2020, KSS launched an Emergency Appeal for the first time in its history. Thanks to the generous support from the local community and a Government grant of £140,000, the charity has already raised over £1.5m, enabling it to remain fully operational at all times throughout the pandemic. KSS must raise a further £1.4m to ensure it can continue to save lives 24 hours a day, seven days a week.