Air Ambulances UK is pleased to announce the shortlist of nominees for the 2022 Awards of Excellence sponsored by Airbus. The annual awards celebrate and recognise the specialist lifesaving skills and commitment of those working tirelessly within and in support of the air ambulance community. We are delighted and excited to be reconnecting in person for the first time since 2019.

The annual awards ceremony is being held at Edgbaston Stadium, Birmingham on the 14th November and will include a wide range of speakers covering various areas and topics.

In no order our awards shortlist is:

Campaign of the Year

Charity Team of the Year

​ Critical Care Practitioner of the Year

Doctor of the Year

Innovation of the Year

Operations Support Staff of the Year

Pilot of the Year

Young Person of the Year

We would like to congratulate all shortlisted nominees and to thank the judges for their hard work when facing some very difficult decisions on deciding the shortlist.

Simmy Akhtar, Air Ambulances UK CEO said “Congratulations to all those who have been shortlisted after long and hard deliberations from our independent judging panel all of whom have volunteered their time to support the recognition of our air ambulance community.  Thank you to all those who submitted awards nominations and we look forward to welcoming colleagues to our in person Annual Conference and Awards later this year”.

Click here to find out more information and to book your tickets for the Air Ambulances UK Annual Conference and Awards of Excellence. 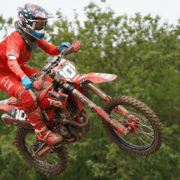