We are pleased to announce that Derek Redmond and Hayley McQueen will host our 2022 Awards of Excellence.

The annual awards celebrate and recognise the specialist lifesaving skills, experience, contributions, and commitment of those working tirelessly within and in support of the air ambulance community.

The annual awards ceremony is being held at Edgbaston Stadium, Birmingham on the evening of 14 November and during our day conference we will have a wide range of speakers covering various areas and topics. 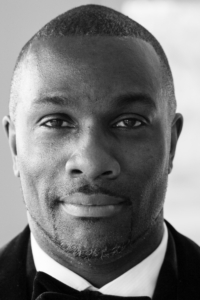 Derek Redmond is a retired British sprinter. Derek was one of the country’s best athletes during the 1980s and 1990s. During his career, he held the British record for the 400 metres sprint and won gold medals in the 4×400 metres relay at the World Championships and European Championships.

Derek’s story is truly inspiring, and he now works as a motivational speaker sharing his remarkable story with audiences up and down the country. He has worked with a wide range of high-profile brands delivering his inspiring stories from the track in corporate environments. 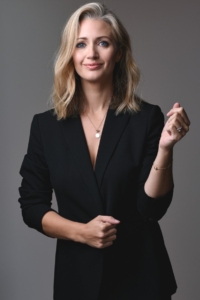 Hayley McQueen is a leading sports broadcaster on Sky Sports. She has worked in the industry for 20 years, first as a journalist then as an RTS (Royal Television Society) award winning producer before venturing on screen. Hayley is currently a lead anchor on Sky Sports News breaking the biggest stories from the world of sport.

Hayley has also worked on many major tournaments from the Champions League, World Cup, European Championships & Olympics games. She is one third of the award-winning podcast The Offside Rule, an all-female football podcast which has been running successfully for 10 years.

Hayley is an experienced event and awards host and has worked for the FA, Samsung, PayPal, KPMG, Barclays, Royal Mail, Honda, UEFA, ICC, Castrol, Scania to name just a few.

Click here to find out more information and to book your tickets for the Air Ambulances UK Annual Conference and Awards of Excellence.