Lincs & Notts Air Ambulance (LNAA) has recorded its busiest year ever, responding to over 1620 missions during the last 12 months.

The crew responded to over 130 more incidents than in 2021. A total of 1003 incidents took place in Lincolnshire and 441 in Nottinghamshire, with the rest in neighbouring counties. Patients were taken to hospitals including Nottingham’s Queen’s Medical Centre, Hull Royal Infirmary, Lincoln County Hospital and Sheffield Northern General Hospital.

Last year saw further service enhancement at LNAA that supports its delivery of excellent pre-hospital critical care. From becoming fully registered with the Care Quality Commission (CQC) to increased night flying, from carrying more blood on board to being despatched to more incidents than ever, the charity has continued to develop and deliver its life-saving service.

CEO, Karen Jobling said: “This year has certainly been busy for the charity as a whole and we anticipate being even busier in 2023.

“Registration with the CQC means that we are now clinically independent, able to develop our services based on the very specific and critical nature of the on-scene care given by our HEMS (Helicopter Emergency Medical Services) team. Our crews can now adapt quicker to emergency advances in drugs and treatments which will ultimately benefit the patients we treat.”

June was a particularly busy month with crews attending 19 patients who needed a range of care including anaesthetics, blood transfusions and surgical interventions, in just one weekend.

Night missions increased and 602 missions were carried out during the hours of darkness, more than double the amount undertaken in 2021.  All pilots, doctors and paramedics were trained to use specialist night vision goggles, which allowed extended night flying. The helicopter is able respond to incidents for 19 hours of the day, from 7am to 2am the following morning. This makes LNAA the only air ambulance in the East Midlands operating throughout the hours of darkness.

The amount of blood carried on board the helicopter and critical care cars has increased to four units of red blood cells and four units of fresh frozen plasma. This provides more time to stabilise patients, allowing doctor and paramedic teams to treat people at the scene of incidents for longer and carry out life-saving procedures normally only undertaken in a hospital Emergency Department. 49 patients received blood products with a total of 146 units of blood products being transfused.

The Nottingham Critical Care Car celebrated its third birthday in September and since its launch in 2019, has been used to respond to 868 missions. It operates Thursday to Sunday from 2pm to 2am and was called to 418 incidents in 2022, an increase of 29% on 2021.  The car is vital to providing enhanced pre-hospital care to patients in Nottingham and its surrounding villages. The crew attended incidents including road traffic incidents, medical emergencies, assaults and self-harm.

The charity, aviation, and clinical teams continued to enjoy the benefits of working together under one roof at their purpose-built HQ. The team introduced a series of successful Supporter Days, inviting volunteers, donors and past patients to meet the crew, tour the base and understand fully the value of their support to the organisation.

Karen summed up the year by adding: “There are exciting times ahead for LNAA, as we continue to challenge ourselves to improve and deliver our life-saving service to increasingly more people each year. All this is only possible with the support from the communities and organisations in Lincolnshire and Nottinghamshire as we receive no direct funding from the Government. Last year we needed £8million to operate 24 hours a day, seven days a week and we know that with increased costs and increased demand this cost will increase in 2023.

“We thank everyone who has supported us over the last twelve months and enabled us to continue to be by the side of patients, day and night.”

LNAA is one of the UK’s leading Helicopter Emergency Service (HEMS) charities, bringing the equivalent of a hospital emergency department to patients at the scene, giving those with the most severe injuries and medical conditions the very best chance of survival when minutes matter.

LNAA crews are on call 24 hours of the day, 365 days of the year. The highly skilled doctors, paramedics and pilots help people across Lincolnshire and Nottinghamshire, involved in life-threatening incidents every single day.

LNAA receives no regular direct funding from the Government. It needs to raise £8 million this year to deliver its life-saving service every hour of the day. It is thanks to the generosity and goodwill of supporters throughout the area that they can provide such a critical care service.

For more details on how to support this vital work, visit www.ambucopter.org.uk 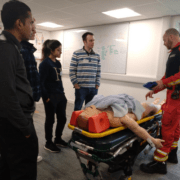 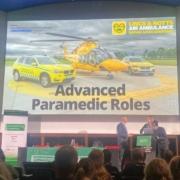 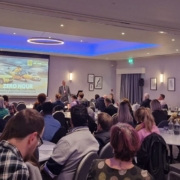 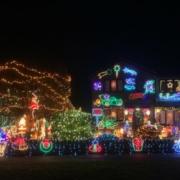