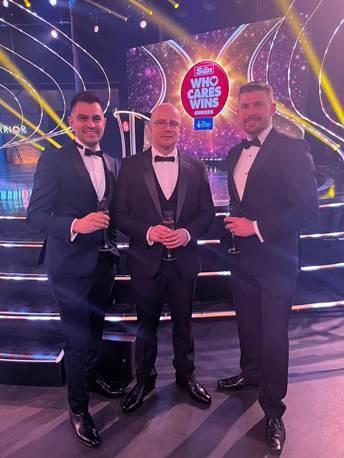 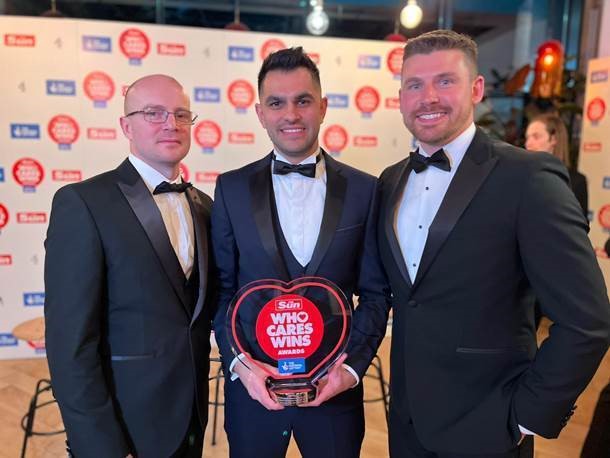 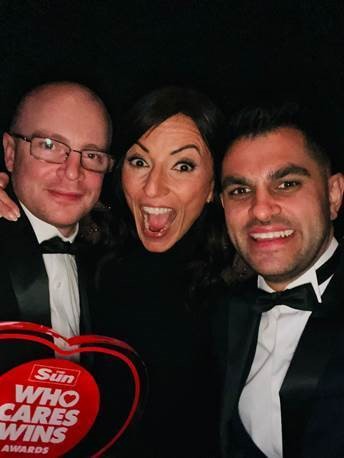 Photo captions (from left to right, and attached):

Crew members from Cambridgeshire-based charity, Magpas Air Ambulance, and the East of England Ambulance Service (EEAST) won the 999 Hero category in The Sun’s Who Cares Wins awards, which was aired on Channel 4 on Sunday.

The nomination came after they brought 13-year-old Daisy Webb back to life after she suffered a cardiac arrest whilst walking to school in Huntingdon earlier this year. Witnesses saw Daisy fall to her knees and stop breathing and immediately called 999. Fortunately for Daisy, EEAST crew members Grace Lemin, Harrison Galgut and Charlie Harris arrived within minutes to discover she’d had a cardiac arrest, and began CPR and shocked Daisy’s heart until her pulse returned.

The crews then handed over care to colleagues from Magpas Air Ambulance: Dr James Price and Critical Care Paramedics Steve Chambers and Thomas Giddings, who provided Daisy with advanced medical care that is normally only available in a hospital. They placed her under general anaesthetic at the scene to protect her organs and take over her breathing, before accompanying her to Addenbrooke’s Hospital.

Daisy has since made a full recovery, and her family nominated her full team of lifesavers for the 999 Hero award. When talking of her heroes she said, “Words can’t really describe how I feel, just gratitude and thanks to everybody who gave me the chance to live.”

After they all walked the red carpet and rubbed shoulders with celebrities, they were announced as the winners of the prestigious award. Following the ceremony Magpas Air Ambulance Critical Care Paramedic, Steve Chambers, said “To be nominated was an honour in itself, so to win a national award is just fantastic! The evening itself was brilliant; there were so many famous faces and it was an amazing atmosphere. Seeing everyone who was involved in Daisy’s incident again and how well Daisy is doing was incredible. It’s certainly a night I won’t forget!”

Critical Care Paramedic Thomas Giddings continued, “The awards night was a humbling, if little surreal experience, being around so many phenomenal individuals with such inspiring stories of commitment to patient care. Celebrating with the team being nominated, particularly with Daisy and her family, was a highlight of my career and a night I will be grateful of, always.”

“To win on the night was unbelievable and is a testament to teamwork, and the amazing contribution Magpas Air Ambulance makes to our community by providing hospital-level care at the roadside, and keeping families together.”

And Magpas Air Ambulance Dr James Price explained, “It is truly humbling to receive such recognition for the work we do every day, and we were honoured to share the evening with Linda, Paul, Tommy and the fantastic EEAST team who all did an amazing job to save Daisy’s life that morning. We are most grateful to Daisy and her parents for the nomination, and enjoyed a great evening celebrating with the family and all the clinicians involved in Daisy’s case. It is remarkable, and so rewarding, to see how well Daisy and her family are getting on.”

Magpas Air Ambulance Director of Operations, Natalie Church, concludes “We’re so proud of James, Steve and Thomas for this fantastic achievement and national recognition, and of the entire Magpas Air Ambulance medical team and flight crew who save lives and keep families together, like Daisy’s, every single day and night. They’re all our heroes!”