To mark The Queen’s Platinum Jubilee, a special commemorative medal has been awarded to serving frontline members of the police, fire, emergency services, prison services and the Armed Forces.

On Tuesday, 23rd August, the Lord Lieutenant of Cambridgeshire, Julie Spence OBE, presented the coveted medals to Magpas Air Ambulance staff, including doctors, paramedics and pilots who keep the people of Cambridgeshire, Bedfordshire and beyond safe 24/7.

Acting as a token of the nation’s thanks, the Platinum Jubilee Medal follows a long history of awarding medals to mark Royal Jubilees, with the first one awarded to mark the 50th anniversary of Queen Victoria’s reign in 1887.

Simmy Akhtar, AAUK CEO said, “We would like to thank all MPs and colleagues who have supported us in securing an amendment to the criteria which in effect means that an NHS employment contract for healthcare emergency first responders is not a necessity to receive a Platinum Jubilee Medal. We are absolutely delighted for our colleagues across the UK.”

After receiving their medal, Magpas Air Ambulance Doctor Lee Soomaroo explained, “It was an honour to receive the Queen’s Platinum Jubilee medal; celebrating our achievements as a crew and commemorating this special occasion.”

Daryl Brown MBE, Magpas Air Ambulance CEO, sums up “We are so happy to see our amazing doctors, paramedics and pilots included in the Queens Platinum Jubilee medals distribution, and thankful to The Lord Lieutenant for awarding the medals in person on behalf of Her Majesty The Queen. Recipients of the medal are a rare and wholly deserving type of person and we are delighted to have 33 of these exceptional individuals qualify at Magpas Air Ambulance—who selflessly serve our communities, treating patients in extreme life-threatening emergencies, 24/7. These medals are especially well deserved following the extraordinary resilience and courage of our teams treating countless patients during the pandemic.”

Magpas Air Ambulance is a charity that relies on generous public donations to providing 24/7 operations; flying advanced pre-hospital emergency medical care to critically ill and injured patients across the region. Magpas Air Ambulance held their own presentation ceremony of these medals at the Magpas Air Ambulance operations base at RAF Wyton, which provided the team with a welcome boost as they continue to save lives this summer. Restart a Heart Day – Learn to be a Lifesaver 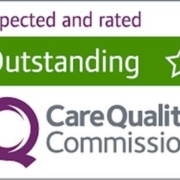 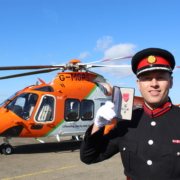