Following the success of Midlands Air Ambulance Charity and the HELP Appeal’s first critical care car, which operates in Birmingham and the Black Country, the charities have launched a second cardiac car in the Worcester area.

A report from West Midlands Ambulance Service highlights the emergency service attends over 4,000 out of hospital cardiac arrests each year across the region. Midlands Air Ambulance Charity’s Critical Care Car Team, operating 12 hours each day, attended 1,214 incidents in the past year and as part of the clinical care given, helped to ensure 28 more people survived an out of hospital cardiac arrest.

Therefore, like its Birmingham-based equivalent, the specialist paramedic on board the charity’s Worcester cardiac car will be tasked to support the vitally important work of West Midlands Ambulance Service and attend medical conditions such as heart attacks, cardiac arrests and strokes.

Hanna Sebright, Chief Executive for Midlands Air Ambulance Charity, explains the reason for investing in road vehicles as part of the service: “While we will always remain a helicopter-led pre-hospital emergency service, our mission is to support patients by delivering advanced care as swiftly as possible. In many instances this is via our helicopters, but on occasion, due to the nature of built up areas, such as Worcester, a land vehicle with a specialist paramedic and equipment on board may be the swiftest mode of transport.”

Robert Bertram, Chief Executive of the HELP Appeal, the only charity in the country dedicated to funding hospital helipads; air ambulance base helipads and equipment, explains the difference this car will make in Worcester:“We are always keen to work in partnership with Midlands Air Ambulance Charity and to realise our ambition to have another critical care car. Its team’s specialisation in treating heart attacks and strokes, means that patients will be given the best possible chance of survival, as they will be treated by experts in these fields, using the car’s bespoke medical equipment. This is welcome news for people in the Worcester area and will save many lives.”

“This is why we are extending our critical care offering by launching a second car in Worcester and the surrounding area, to ensure we can swiftly reach and treat those suffering life-threatening medical conditions.”

The new BMW X5 cardiac car will operate from the charity’s Strensham airbase for 12 hours daily from 8am. It enables the specialist paramedic on board, who regularly attend more complex medical conditions, to reach and offer early advanced medical intervention to patients with serious medical conditions, by offering sedation and advanced drugs.

In addition, the car carries the same kit as the charity’s three helicopters, and also includes specific cardiac arrest equipment such as feedback defibrillation pads and a new automatic CPR device, which performs chest compressions.

Due to the cardiac car entering the Midlands Air Ambulance Charity’s fleet, the organisation has recruited three new team members who will undertake shifts manning the car, and dispatching the car from the critical care car desk situated at West Midlands Ambulance Service’s HQ in Brierley Hill.

Midlands Air Ambulance Charity and the HELP Appeal, would like to thank the general public and local businesses who kindly support the organisations, enabling the charities to further reinvest in the future of patient care in the region.

The HELP Appeal relies solely on charitable donations and does not receive any government funding or money from the National Lottery. For more information on the charity visit www.helpappeal.org.uk or call 0800 3898 999. 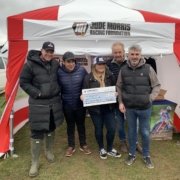 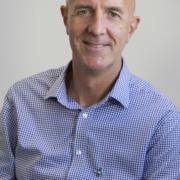 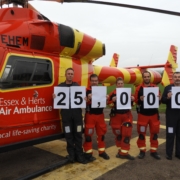