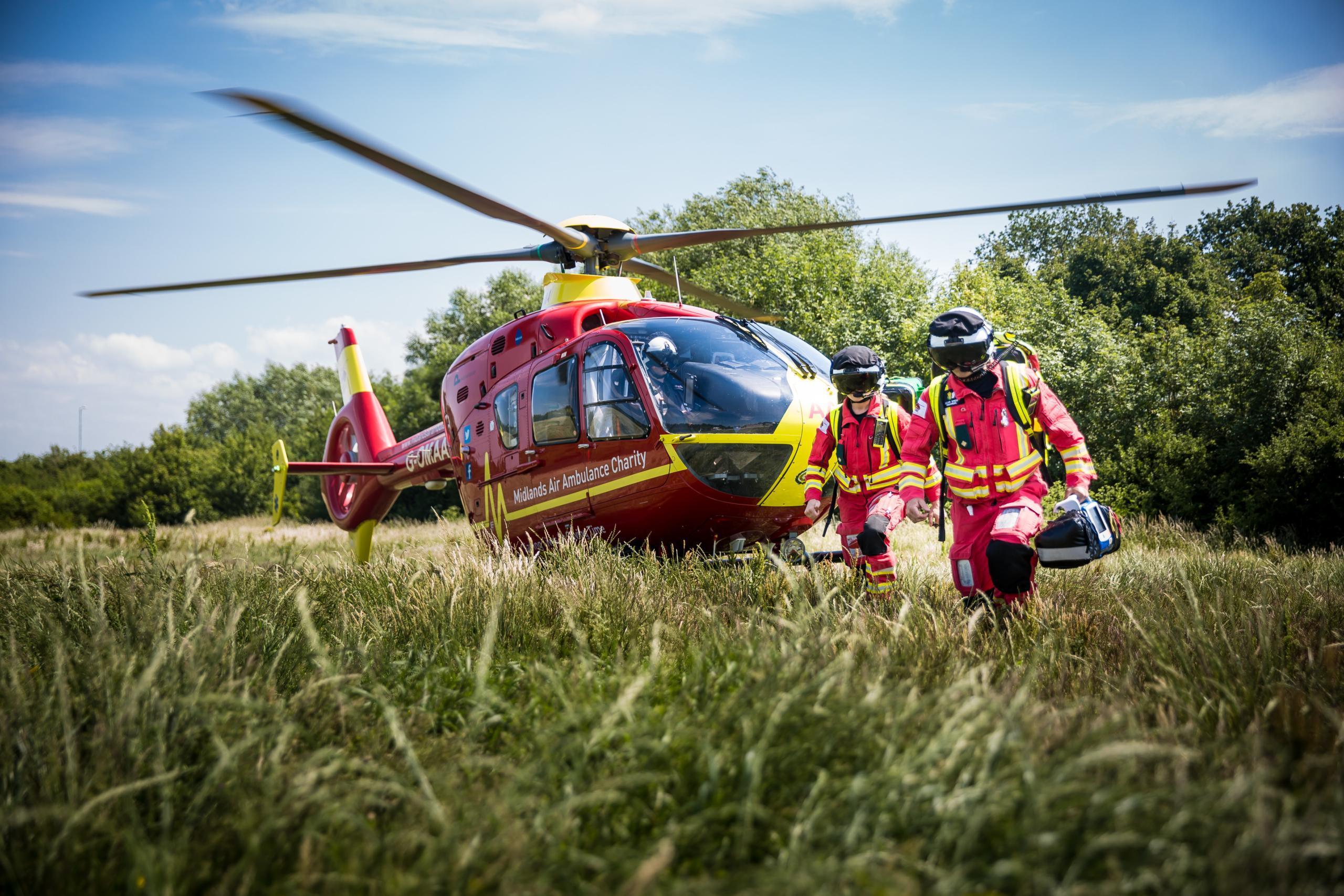 Midlands Air Ambulance Charity, the rapid response, lifesaving charity and one of the longest established and busiest air ambulance operators in the UK, has been crowned Outstanding Charity of the Year at this year’s Asian Business Chamber of Commerce Awards, the lifesaving charity then went on to also win Overall ABCC Business of the Year.

The Outstanding Charity of The Year Award was presented to celebrate a local charity that has demonstrated exceptional vision and leadership as well as being a forward-thinking organisation that always has the future in mind.

Both awards were presented to Emma Gray, fundraising and marketing director for Midlands Air Ambulance Charity virtually on Thursday 26th November 2020 at the Asian Business Chamber of Commerce Awards. The awards come in addition to the charity being shortlisted for the Adaptability and Innovation Award at the Black Country Chamber of Commerce Business Heroes Awards, earlier this month.

The vital, pre-hospital emergency service, which does not receive any Government funding for its daily lifesaving missions was crowned the worthy winner for its proactive response to the pandemic and for continuing to demonstrate vision and leadership through what continues to be a difficult and unprecedented time for everyone. In addition to achieving this, Midlands Air Ambulance Charity has also shown it is a forward-thinking organisation by making plans to future-proof its clinical operations.

Hanna Sebright, chief executive for Midlands Air Ambulance Charity, said: “We are delighted to have not only been shortlisted, but to have been named as Outstanding Charity of The Year by the Asian Business Chamber of Commerce.

“It would not have been possible without the ongoing resilience, hard work and dedication shown by all of the team. I would like to thank each and every one of the Midlands Air Ambulance Charity family for making this award win possible.

“I would also like to take this opportunity to say thank you to the public for their support throughout both lockdown periods, your kind donations continue to make our daily missions possible.”

For more information on Midlands Air Ambulance Charity, you can visit midlandsairambulance.com and follow the organisation on social media.