The winners of the prestigious Air Ambulances UK Awards of Excellence 2021, sponsored by BMW Group, have been announced at a special ceremony today with inspiring air ambulance charity crew members, pilots, patients, teams, volunteers and fundraisers from across the UK being recognised for their outstanding contribution towards helping to save the lives of people in need of their lifesaving pre-hospital care.

The winners include Henry Carpenter who was named Young Person of the Year for his amazing fundraising efforts for Midlands Air Ambulance Charity, the charity which saved his life following a terrible farming accident in 2020. Although Henry survived, his serious injuries meant that he had a long road to recovery which was hampered by COVID, leaving him in agonising pain, discomfort, and low mood. Despite this in February 2021, finding every step incredibly painful, he took on the challenge to walk 54 miles in 30 days. Incredibly he achieved it and to date has raised £11,400 for the charity.

Doctor of the Year was awarded to Dr Phil Hyde from Dorset and Somerset Air Ambulance (DSAA). Phil is a highly skilled doctor dedicated to patient care and to nurturing the skills of colleagues as well as having a future vision for patient care. Since 2016, he’s has been working to develop DSAA’s clinical team’s skills and the clinical equipment needed to support critical paediatric transfers. Thanks to Phil’s experience, drive, expertise and determination, DSAA was formally endorsed to undertake paediatric retrieval in January this year, so far undertaking 12 transfers. Phil also led the DSAA team as it worked with the National Ambulance Resilience Unit and other agencies to make critical care transfers during COVID.

Related to its developments in paediatric retrieval work, Dorset and Somerset Air Ambulance won Innovation of the Year for their collaboration with Wales and West Acute Transport for Children Service, Bristol Children’s Hospital Trauma Team Leaders and Southampton Oxford Retrieval Team to formally support the time-critical paediatric inter-hospital transport in the South-West region. This innovation, the first of its kind in the UK, has enabled improvements in the resilience of care for children and families in the South-West and is making a tangible difference to the lives of critically ill children.

Alan Petch from Great Western Air Ambulance Charity was awarded Pilot of the Year for his exemplary flying skills and his very important piece of work on Landing Sites for the charity. By putting in many, many hours of detailed research into possible landing sites in urban areas, Alan created a directory of over 200 sites suitable for landing when attending incidents across the region. Alan is also always there to help in whatever way possible, helping to integrate new crew members and trainees and meeting former patients and bereaved families, as well as helping to spread awareness and fundraising.

Volunteer of the Year was awarded to Myrtle Irvine for her work with Air Ambulance Northern Ireland (AANI). Myrtle and her husband George were struck by tragedy in 2016 when their son Alistair passed away. Donations in his memory were made to AANI and this was just the beginning of their involvement. With George at her side, Myrtle has been a whirlwind of activity: making wreaths, managing collection boxes, running Christmas card sales, administering street collections, supporting events and perhaps her most important work was setting up a local fundraising group drawing supporters from across County Fermanagh: something that the charity is now looking to replicate in other areas. This year alone, Myrtle has helped to raise a fantastic £37,000.

Air Ambulance Northern Ireland (AANI) was awarded Campaign of the Year for the charity’s exceptional work with the agricultural community in Northern Ireland, a sector that accounts for one in ten of the service’s call-outs. A whole raft of initiatives ran gaining massive coverage, a 20,000-strong online audience and has so far raised over £92,000.

Charity Team of the Year was awarded to the Operational Support Team at Air Ambulance Kent Surrey Sussex, whose remit is to ensure a consistent approach to the supply of equipment and services to the operational teams, as well as dealing with enquiries from the police, coroners and solicitors. The team of three constantly looks for innovative ways to improve service delivery 24/7. The team rose to the difficult and varied challenges when the pandemic changed everything 18 months ago. Early preparation, planning and testing of the supply chain meant the operational staff always had all the equipment they needed.

Critical Care Practitioner of the Year was awarded to East Anglian Air Ambulance (EAAA) Critical Care Paramedic Liam Sagi for being an exceptional team member and part of the crew who were dispatched to fellow colleague Dr Trish Mills when she was hit by a van while off-duty, undoubtedly helping to save her life. Liam has also supported many of the charity’s fundraising and PR activities, including hosting the acclaimed EAAA Roadshow and using his photography skills to provide images while airbases were locked down during the height of COVID. 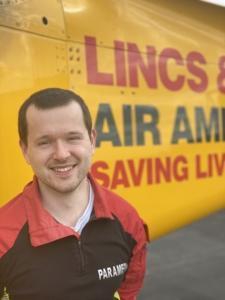 The Special Incident of the Year award went to Lincs & Notts Air Ambulance for the extraordinary work of Dr Luke Banks and HEMS paramedic Alex Walker who attended a stabbing and provided advanced pre-hospital care interventions, including a thoracotomy, which proved to be lifesaving and the patient recovered and returned home.

The prestigious Lifetime Achievement Award was presented to Bill Sivewright, Chief Executive of Dorset and Somerset Air Ambulance (DSAA). Bill has led DSAA for more than eleven years, significantly growing income and seeing the number of patients treated annually increase from 350 to 1,300.

During this time, Bill has overseen a small but extremely efficient charity team where every member of staff feels valued and supported. Among his many achievements, Bill approved the development of a unique post-graduate education programme for paramedics and in 2013 the first cohort began their three-year MSc Advanced Paramedic Practice Critical Care qualification. He oversaw the introduction of a full

critical care service for every mission; a collaboration that enabled the charity to provide blood component transfusion; led the procurement of a new, larger aircraft; extended operations to 19 hours a day; appointed two patient and family liaison nurses; and led the charity through the Covid crisis without missing a single day of service provision His public service ethos has inspired many, including four years as vice-chair and chair of the former Association of Air Ambulances. His work with the Association helped to lay the foundations of success for what is now Air Ambulances UK, the national organisation championing, supporting and representing air ambulance charities.

“It has been a huge honour to receive so many fantastic nominations and hear about all the wonderful work that air ambulance charities teams and volunteers do across the UK.  I would like to thank everyone in the sector, all of whom work tirelessly to improve patient outcomes and save lives and to congratulate our 2021 winners for their fantastic and inspirational contributions which make such a positive difference to the lives of so many.”

Below is the list of all our Awards of Excellence Winners and who to contact for more information: 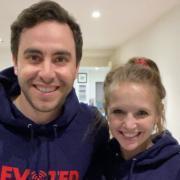 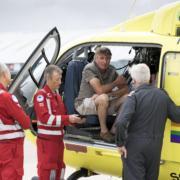 All ABOARD! SUPPORT AIR AMBULANCES UK WITH YOUR FESTIVE TRAIN TRAVEL THIS CHRISTMAS...

AAUK AND THE UK CIVIL AVIATION AUTHORITY IS REMINDING DRONE PILOTS TO SHARE...
Scroll to top